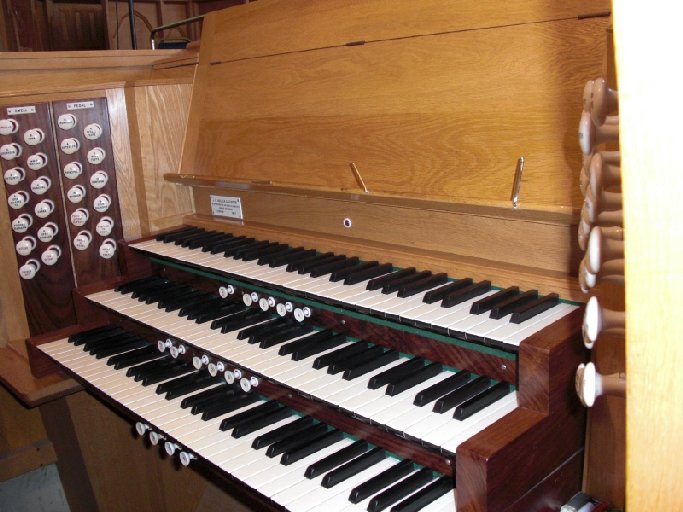 Built in 1968, St Andrew's organ derived most of its pipes from an organ at Gresham’s School in Norfolk which was being dismantled. Some changes were made in 1981. The full specification is recorded below.

The organ was built by J W Walker & Sons, and comprises great, swell and positive manuals and a full pedal board. The instrument and its associated blower and humidifer are regularly maintained and are normally in full working order.

The organ may be made available for practice or teaching at the discretion of the church; for further details please leave your contact details with the Church Office.

Benjamin Britten was a pupil when the organ was at Gresham’s, so it may well be that he played ‘our’ organ. Also, Walter Greatorex was Director of Music there when he composed the tune Woodlands to which we sing Tell out my soul. And a further connection with Gresham’s is that the architect of its chapel was Maxwell Ayrton, who also designed St Andrew’s. 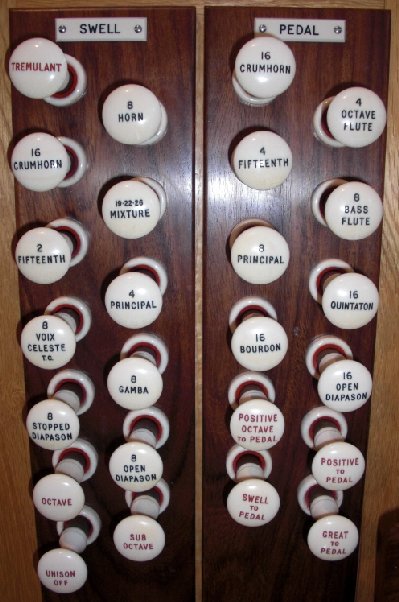 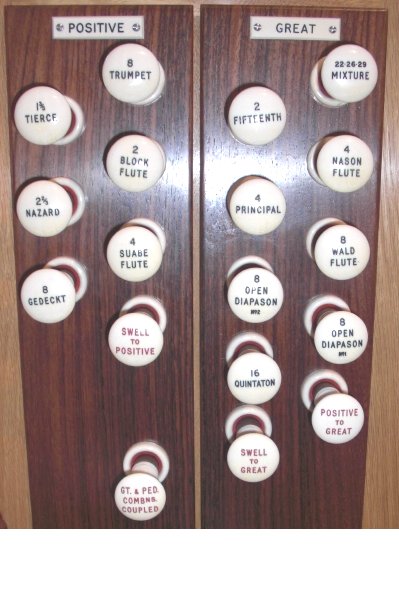 Specification of a reconstructed three manual organ, incorporating the best of the soundboards, pipework, and wind system of an original "Walker" organ, built 1910, for Gresham School, Holt, Norfolk.

The altered ranks are shown with red numbers in the specification.