Christianity and the United Reformed Church 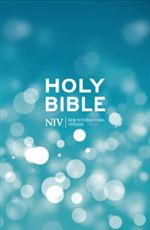 The Christian Church is the body of believers in the Word of God as brought to us by Jesus Christ and recorded in the Bible, a compilation of writings by various authors both before and after the time of Christ. Christians believe that the writers were inspired and directed by God, and that the Bible is therefore the Word of God.

Most Christians believe in the Trinity, or three-fold form of God: the Father, the Son and the Holy Spirit. God the Father is the ever-present God, creator of all things and present wherever we are and throughout all time. God the Son is Jesus Christ, whom Christians believe lived on earth as the embodiment of God. God the Holy Spirit is the will of God acting on men and women who accept it, guiding them to lead Godly lives.

Christians seek to follow the instructions in the Bible and the teachings of Jesus. In particular: 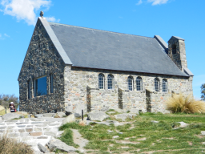 Worldwide today, Christianity has more followers than any other religion: around 2 billion or about one third of the earth’s population. In the 2011 census 59% of the British population identified themselves as Christian, although a much smaller proportion take a significant part in any organised Christian activity.

There is much more that can be said about Christianity. If you would like to know more, here are a few resources:

There is no one path to faith. For some, it is a sudden experience of ‘conversion’, but for others it is a gradual process, often lasting over many years. At St Andrew’s we welcome you wherever you are along that path, and we ask only that you have an openness towards a faith in God. We are all worldly people, with doubts and failings, and you will find fellow travellers in our midst whose friendship and encouragement will, we hope, help you to understand the nature of our faith and lead you towards sharing in it.

In the 2000 years since Christ lived on earth the Church has developed in a number of different branches or ‘denominations’. In the fourth century, Rome, the dominant civilisation in the western world, became officially a Christian state and from then until the 1500s the church was led from there. But it had adopted practices and beliefs which some people felt were not Biblical or according to Christ’s teachings, and a major movement, now called the Reformation, led to the establishment of ‘protestant’ churches. This division between the Roman Catholic Church, along with the eastern Orthodox churches on the one hand, and the Protestant or Reformed churches on the other remains to this day.

The Protestant denominations themselves are not completely at one on matters of belief, but many of their differences centre more on how the church is organised and how worship should be conducted. The Church of England, for example, stayed quite closely with the style of worship of the Roman church, though with the service conducted in English rather than in Latin, and it retains a hierarchy of bishops and archbishops. Other churches adopted a simpler and less regulated form of worship with a structure beyond each local church aimed mainly at administration and support.

The United Reformed Church, or URC, was formed in 1972 by the merger of two Protestant denominations: the Presbyterian Church of England, characterised by its government by councils, and the Congregational Union, which devolved most decisions to individual congregations. The URC has since merged with other like-minded denominations and in 2019 had about 46 000 members in 1400 local churches, of which St Andrew’s is one.

The core beliefs of the URC are expressed in the Statement of the Nature, Faith and Order of the United Reformed Church.